Redshift vs Octane Comparison: Which is the best render engine?

Currently, render engines play a crucial role in 3D rendering and become a dispensable part. Apart from built-in systems such as Arnold, MentalRay, there are well-known render engines that speed up the rendering process dramatically, 10 or even 100 times faster than others. When opting for a render engine, you may self wonder whether this render engine is compatible with your software or not? Is it suitable for your needs? Is it easy to learn and use? Do you need to upgrade your hardware for this renderer? and so on. Today, Radarrender will look at the two fierce competitors in the renderer market: Redshift vs Octane. Let’s find out

Redshift Rendering Technologies Inc was founded in early 2012 in California with the goal of developing a production-quality, GPU-accelerated renderer with support for the biased global illumination techniques that until now have remained squarely in the CPU-only domain. Redshift is now part of the Maxon family and is quickly becoming the go-to render engine for the motion design community. Redshift render engine supports a nice selection of 3D programs: Autodesk Maya, Autodesk 3Ds Max, Maxon Cinema 4D, Houdini, and Katana.

When it comes to Operating Systems, Redshift works on multiple platforms including:

5 main 3D software that Redshift is supporting with particular software versions are listed in detail as the following table:

There are 2 types of Redshift licenses: Node-Locked and Floating ones.

In addition, there are Annual Subscription and Monthly Subscription for Cinema 4D software that Redshift is compatible with

OctaneRender® is one of the world’s first and fastest unbiased, spectrally correct GPU render engines, delivering quality and speed unrivaled by any production renderer on the market. As a product of Refractive Software, Octane was founded by Terrence Vergauwen, a key developer of LuxRender. In March 2012, Refractive Software was bought by Otoy which also has investment from Autodesk. Now, Octane is a member of the Otoy family. Octane supports many software such as 3Ds Max, Maya, Cinema 4D, Houdini, Daz Studio, Unreal Engine, and so on.

When it comes to Operating Systems, Octane works on multiple platforms including:

21 main 3D software that Octane is supporting with particular software versions are listed in detail as the following table:

There are 2 types of Octane licenses including Studio Subscription and Enterprise Subscription.

In terms of rendering stills, image quality is the first criterion. Waiting for 10 minutes or even an hour for a final render with the noise to clean up isn’t such a big deal. As a result, for stills, Octane is an ideal option. However in animations, you need at least 24 frames per second, so it adds up really fast and speed is way more important. For animations, Redshift seems to defeat Octane and be the first option. Furthermore, when you are working in a large 3D production environment, the need for an easily understandable workflow is absolutely necessary and has become more crucial than before. Therefore, if your studio integrates Redshift in the production pipeline, it would be extremely easy for 3D artists to translate their knowledge to this renderer and get used to it because the workflow is somehow similar to Vray or Arnold.

If using Redshift, you need to invest a large amount of money while Octane requires robust hardware to avoid being crash. It is likely that your local computer or your budget may not meet all requirements. It’s time for you to think of using a cloud rendering service. In the market, there are two main types of cloud rendering service which are based on an IaaS (Infrastructure-as-a-Service) or SaaS (Software-as-a-Service) model. IaaS render farms allows you to take full control of powerful remote servers and do whatever you want with them. This means that users enable to adjust and customize their scenes at the highest level which is suitable for studios, large projects with a complex production pipeline. Meanwhile, SaaS render farms are easier to use when you just need to prepare your job and upload it to the SaaS render farms, then submit it to render. However, you are not able to adjust your scene files if problems arise and it may take hours to fix errors on your local computer then send the file back to the render farm to re-render. As a result, SaaS render farms should be used for straightforward projects with a simple production pipeline.

Based on what we reviewed and rated top render farms currently, Radarrender chose 2 representatives for the two aforementioned rendering service types. In detail, iRender Farm represents the IaaS rendering service while that of SaaS is Rebus Farm. Both render farms got the highest marks with 3 stars by Radarrender. Please read more detail in the Review section: Rate and Review iRender Farm vs Rate and Review Rebus Farm

From our experience, you should not believe in the estimator of render farms. The most accurate way to know exactly how it charges your project is actually rendering a few frames on the render farm. And here’s the render time, costs as well as the final results we got from iRender Farm & Rebus Farm.

First, we made a test on Rebus Farm in terms of Cinema 4D software and Redshift render engine. We sent the scene file to the Rebus system and let their farm render our job.

We could not know which GPU type was used for rendering as well as customize and take control of the job. According to Rebus advertisement, there are Quadro 6000 graphics cards on their farm. However, it seems that the render speed on Rebus Farm machines is just 4,2 seconds quicker than that of our local machine with only 1x GTX 1060.

Next, we made a test on iRender Farm with the same file that we tested on Rebus Farm. This cloud rendering service offers a wide range of GPU types, as a result, we would like to test on a 6x RTX 2080Ti machine and a 6x RTX 3090Ti machine. Thanks to the IaaS model, we can take control of these robust machines and customize the scene files to know how they are rendered while utilizing the power of multi GPUs.

It took 15 minutes to install all Cinema 4D software and Redshift renderer we needed. Fortunately, we just needed to do it for the first usage because iRender would save installed data that are available for the next time. Unlike other IaaS render farms, iRender Farm also supports Redshift licensing, so we didn’t have to allocate such a great amount of money for purchasing Redshift licenses.

+ The installing software time: 15 minutes (one time only)

As you can see in the following image, we were able to know it took 6 seconds to render a frame and the total render time was only 1,33 minutes for 11 frames. The boot time on iRender Farm is somehow similar to the queue time on Rebus Farm. 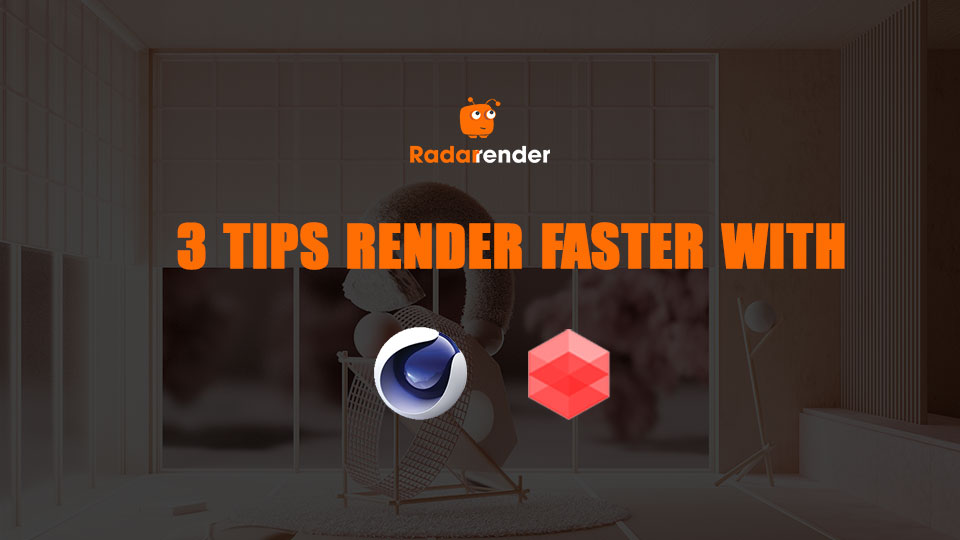 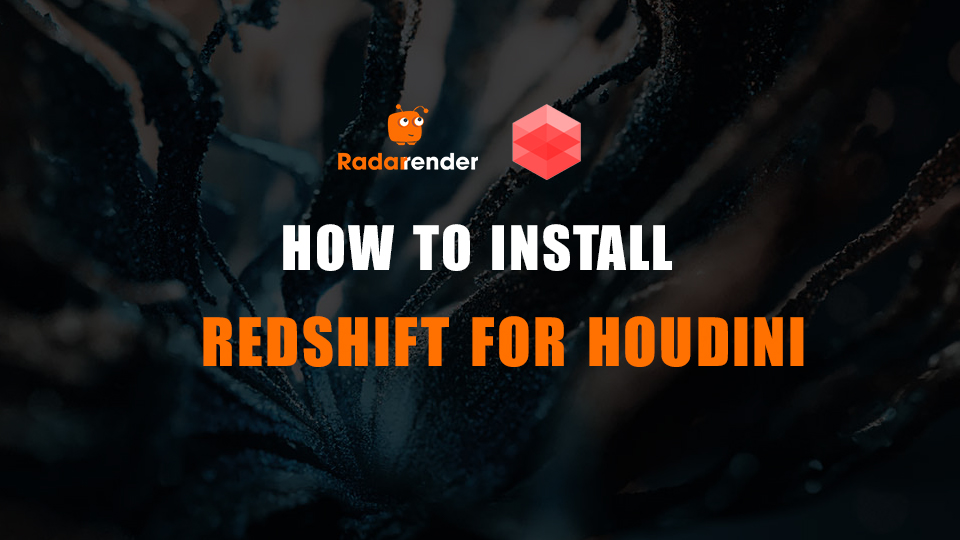