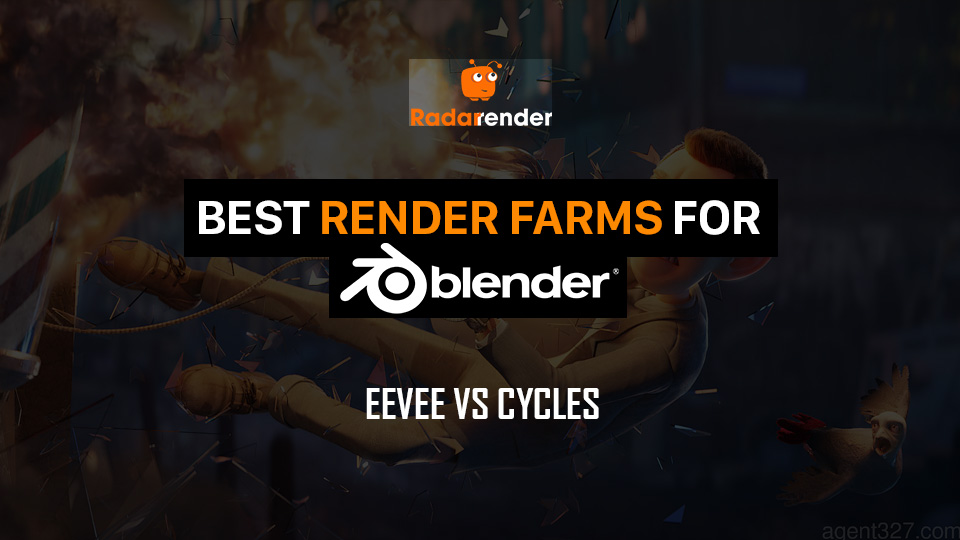 Blender is an open-source 3D creation software by Blender Foundation that enables users to work on every aspect of 3D work. It includes modeling, animation, game creation, visual effect, and many more. Blender is easy to download, customize and work your way within itself. The software also provides a large set of plugins that can be beneficial to creating various types of models, animations, sculptures, and so on.

Today we’re taking a look at the differences between Eevee and Cycles, and how they have different uses in the computer graphics world. Especially, we will be taking an in-depth look at the best render farms for Blender Eevee vs Cycles.

First, we will figure out each individual factor to help you recognize the benefits and limitations of each render engine. According to Remington Creative, when it comes down to it comparing Evee vs Cycles is more or less just comparing Real-time vs Ray Tracing in general. So let’s take a look at those two.

Ray Tracing (ex: cycles, octane, Optix): a technique for generating an image by tracing the path of light as pixels in an image plane and simulating the effects of its encounters with virtual objects.

Pros and Cos of Blender Cycles – Ray Tracing engine

So when it comes to time-oriented work, ray tracing engines are not the most effective.

Real-time rendering is the process of using the same techniques you’ve been using for years for visualization—modeling, materials, lighting, and animation—but with the traditional rendering process replaced with a render engine that has the capability to render on the fly, in real-time.

So what do real-time engines hold over ray tracing engines? 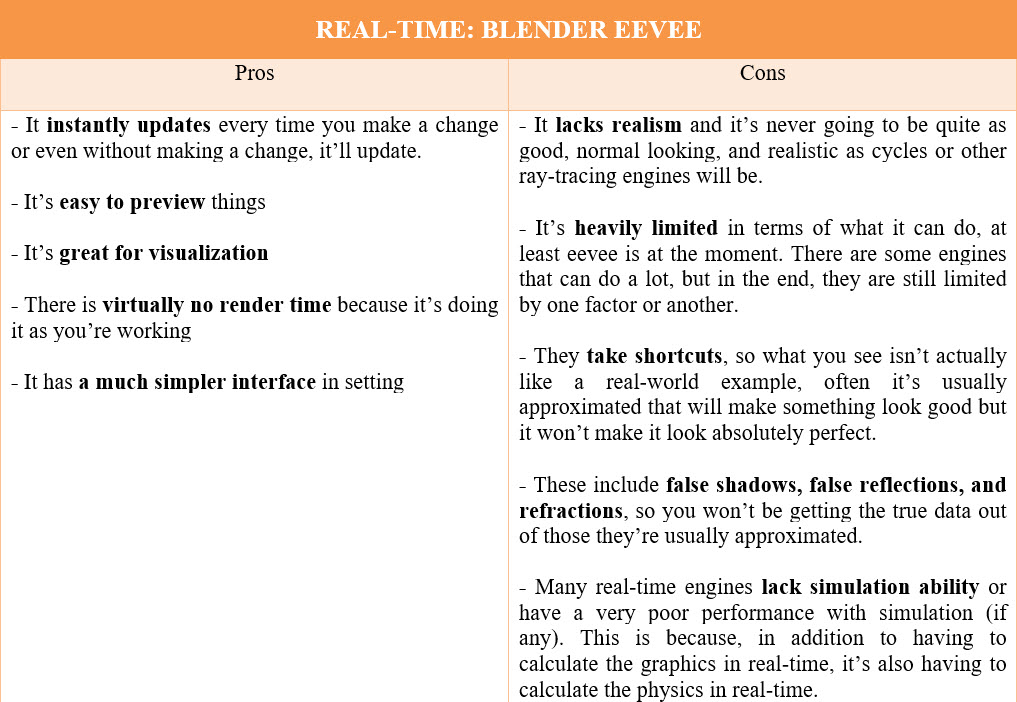 Pros and Cos of Blender Eevee- Real Time engine

To sum up, what is each best for and which one best suits you? Well, if you’re planning on making something VFX or CGI oriented that need to be very realistic and absolutely stunning, we would strongly recommend you use a ray-tracing engine such as Cycles. Because it provides a much more photorealistic image and gives you a lot more control over what you’re working with.

However. if you’re planning on either doing things that involve work with real-time engines such as GAME design or VISUALIZATION, we would highly recommend using a real-time engine such as Eevee because they’re very useful for that and they have a lot of great capabilities available for that purpose.

In case you choose Eevee which is an OpenGL engine, Eevee only uses the power of the GPU to render while Cycles can be supported to render in both CPU and GPU ways. In addition, those render engines even work better with multi graphics cards at the same time. It might take hours (maybe even days) to finish rendering an image due to the traditional CPU-based rendering if you choose Cycles CPU. Though rendering in GPUs is much faster, it requires powerful hardware or strong workstations that need to allocate a large number of sources. So, how can you render Blender projects with hundreds or even thousands of frames in minutes? The answer is by cloud rendering service where utilizes the power of many CPUs or GPUs to speed your render time.

Now, there are two main types of cloud rendering service which are based on an IaaS (Infrastructure-as-a-Service) or SaaS (Software-as-a-Service) model. IaaS render farms allows you to take full control of powerful remote servers and do whatever you want with them. This means that users enable to adjust and customize their scenes at the highest level which is suitable for studios, large projects with a complex production pipeline. Meanwhile, SaaS render farms are easier to use when you just need to prepare your job and upload it to the SaaS render farms, then submit it to render. However, you are not able to adjust your scene files if problems arise and it may take hours to fix errors on your local computer then send the file back to the render farm to re-render. As a result, SaaS render farms should be used for straightforward projects with a simple production pipeline.

When using a CPU or GPU-accelerated cloud rendering service to render your files, you may find that some render farms do not support Blender’s internal rendering engines Cycles or Eevee. However, we will take an in-depth look at the best render farms in both SaaS and IaaS models that support both Eevee vs Cycles.

To commence, we made a test on iRender Farm with the Blender file that used Cycles GPU render engine. This cloud rendering service offers a wide range of GPU types and packages which vary depends on the number of GPUs. We chose the package with 1x RTX 3090, let’s take a look at its specs below: 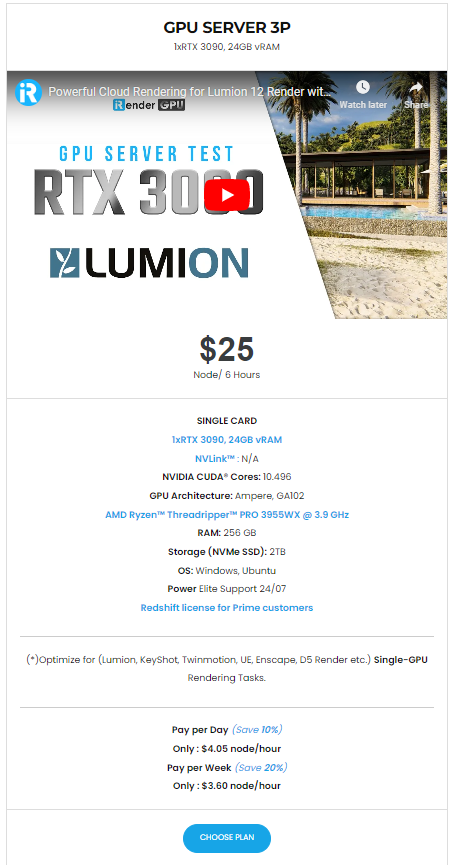 Thanks to the IaaS model, we could get access to the machine and check whether they really support RTX 3090 card, strong motherboard, RAM or not. And iRender is a trusted brand name. On top of that, we could take control of the robust machine and customize the scene files to know how they are rendered while utilizing the power of a single GPU or multi GPUs.

As we all know, installing Blender is pretty fast, it just took around 5 minutes to do it, extra 4 minutes to set up the Blender file. Here is the testing result we got on the 1x RTX 3090 machine from iRender: 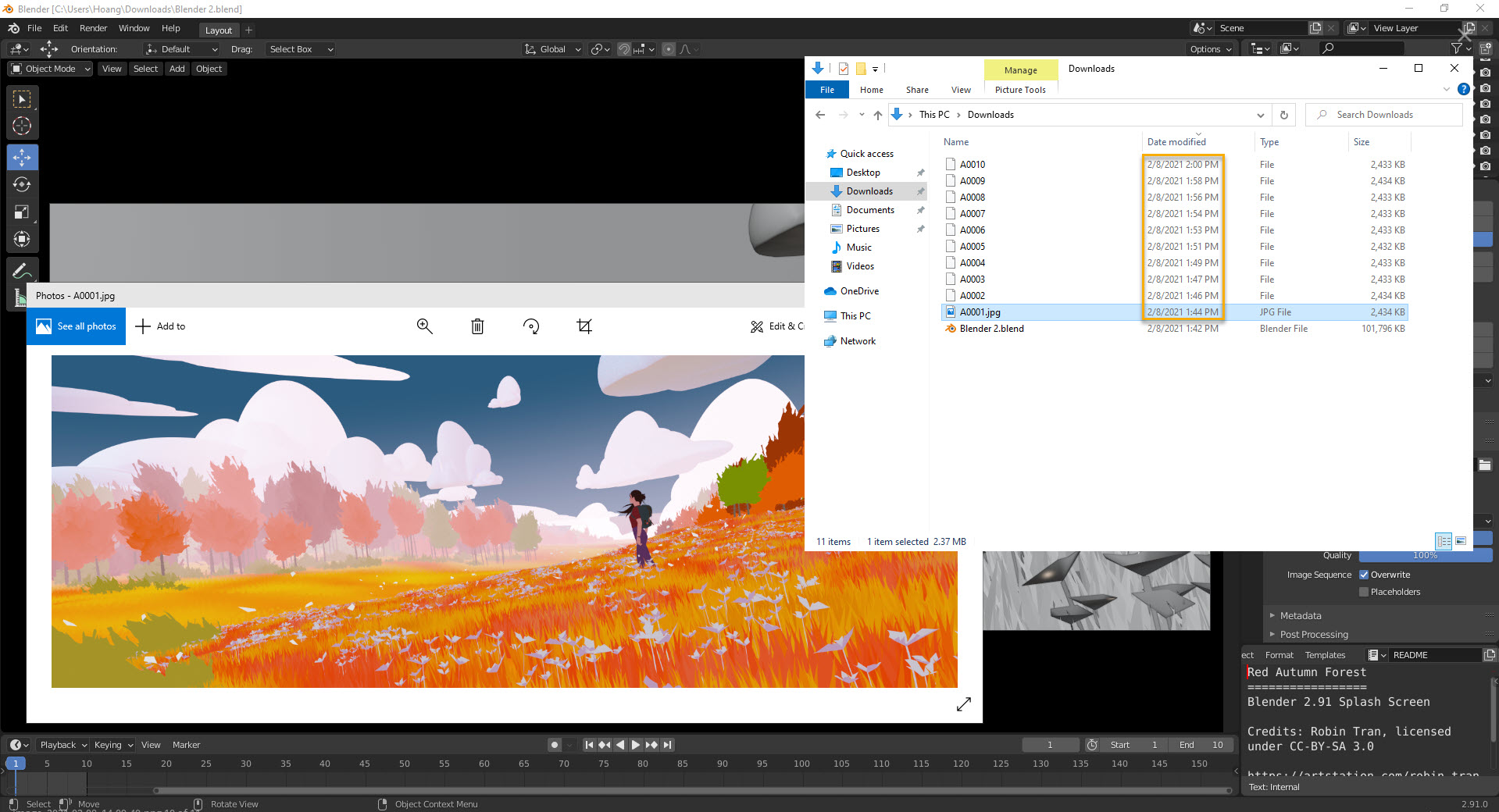 Render time for each frame on iRender Farm

Usage time and cost to render 10 frames on iRender Farm

+ The installing software time: 5 minutes (one time only)

As you can see in the following image, we were able to know it took approximately 1 minute 40 seconds to render a single frame and the total render time was only 16 minutes for 10 frames. The boot time on iRender Farm is not charged.

The second rental package we would like to test on iRender Farm is 6x RTX 2080Ti. Blender supports rendering in multi graphics cards really well, as a result, we chose 6x RTX 2080Ti in a single machine to test its performance. As you can see in the following image, we could check its specs and there were 6x RTX 2080Ti, precise specification. The render speed is much faster than that of 1x RTX 3090. There is no doubt that the render time in the machine with 6x RTX 2080Ti on the iRender system ranked first, compared to other render farms. Let’s figure it out. 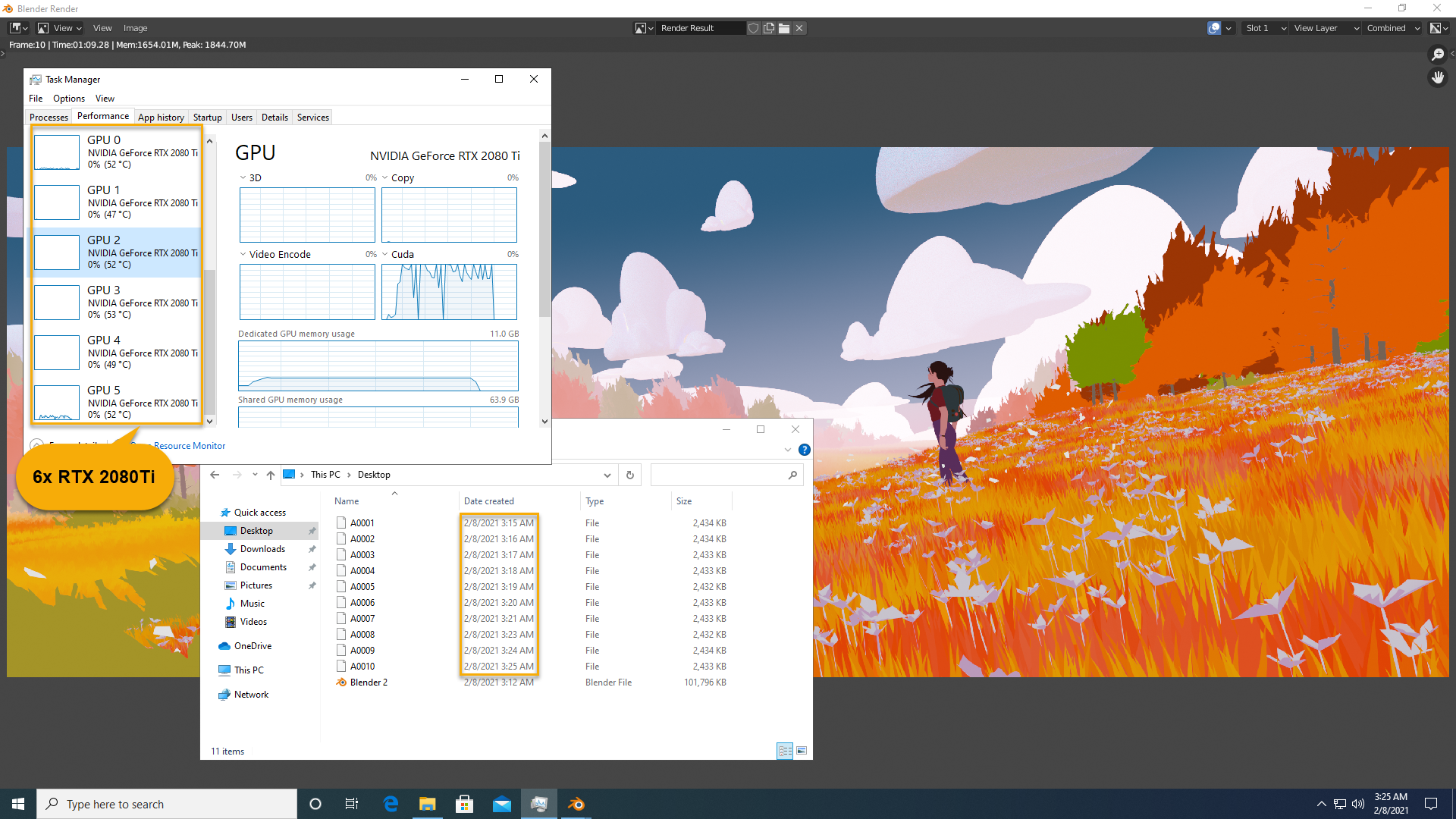 + The installing software time: 5 minutes (one time only)

It took an average of 1 minute to render a single frame and the total render time was only 10 minutes for 10 frames. The boot time on iRender Farm is not charged.

Next, we move to Rebus Farm which is representative of SaaS-based render farms. It is a famous and one of the best render farms for Blender.

We brought the same Blender file that tested on iRender Farm to Rebus Farm. Unlike the former, the latter is much more mysterious when we would not know what exact GPU and CPU were being used to render our scene. As their advertisement, on Rebus Farm, there are many RTX Quadro 6000 available to render files with GPU rendering. As far as we know, the power of RTX Quadro 6000 is really strong and can be compared to RTX 3080, 3090 from iRender farm. We also hoped that the rendering speed was at least the same as that of iRender Farm that we had tested previously. However, the result made us a little disappointed.

Usage time and Cost to render 10 frames on Rebus Farm

+ The upload time: 7 minutes (not be charged)

Last but not least, we would like to make a Blender test on Fox Render Farm. Fox is another brand name for the SaaS model. However, the UI/UX of Fox is more challenging to use than that of Rebus Farm. It is one of the best render farms for Blender. Before submitting to render, you need to learn how to use this service as well as upload a file and set it up. We tested Blender with Cycle GPU render engine on the Fox system where they supported P102, GTX 1080, or GTX 1080Ti graphics cards. And the result is the following image. 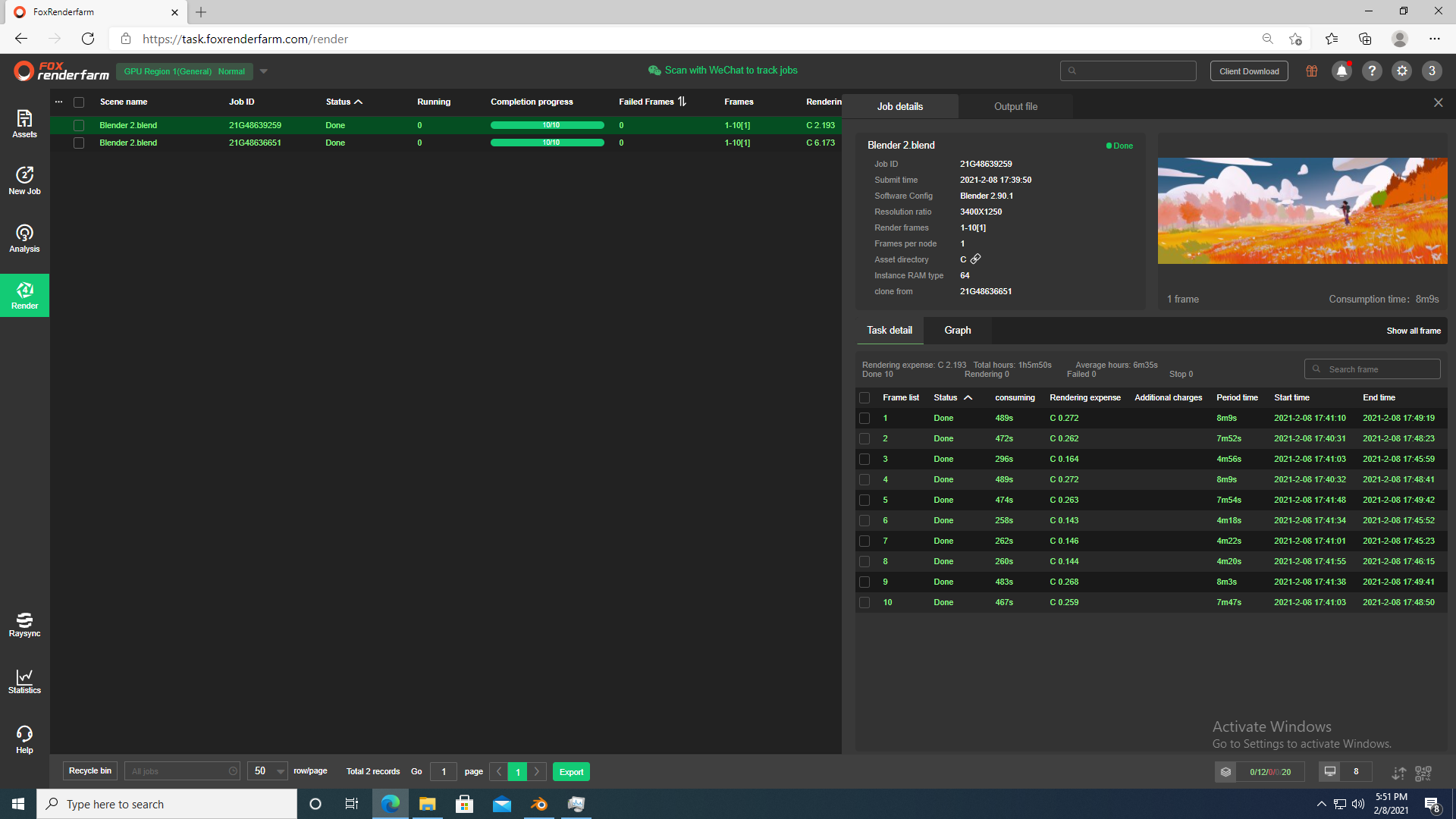 + The upload time: 7 minutes (not be charged)

In sum, the best render farms for Blender are above. If your Blender project is straightforward and does not make use of plugins, Fox Render Farm may suit you. On the other hand, iRender Farm should be definitely your choice when your project is larger or complicated with many plugins. iRender offers the fastest render time at the lowest price.

Blender is an open-source 3D creation software by Blender Foundation that enables users to work on every aspect of 3D work. It includes modeling, animation, game creation, visual effect, and many more. Blender is easy to download, customize and work your way within itself. The software also provides a large set of plugins that can be beneficial to creating various types of models, animations, sculptures, and so on.

Today we’re taking a look at the differences between Eevee and Cycles, and how they have different uses in the computer graphics world. Especially, we will be taking an in-depth look at best render farms for Blender Eevee vs Cycles. 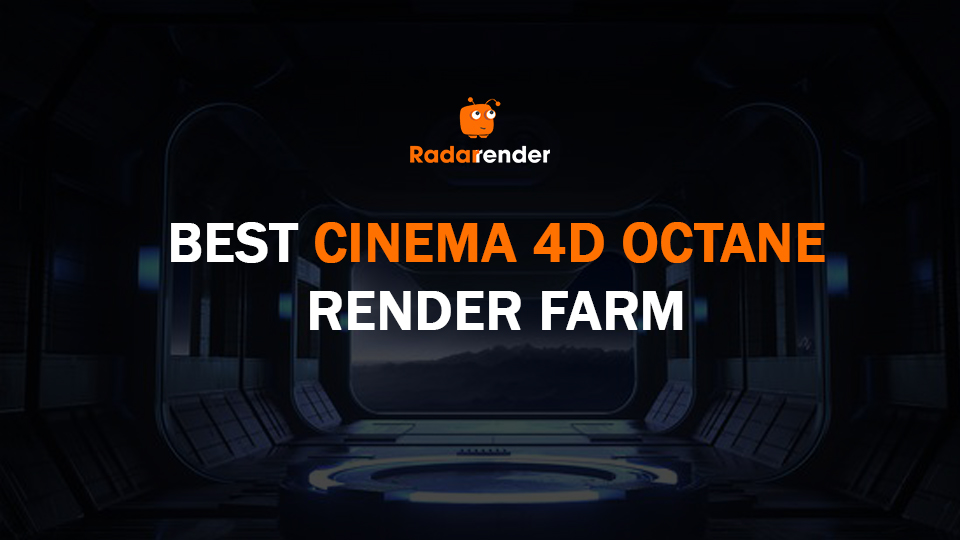 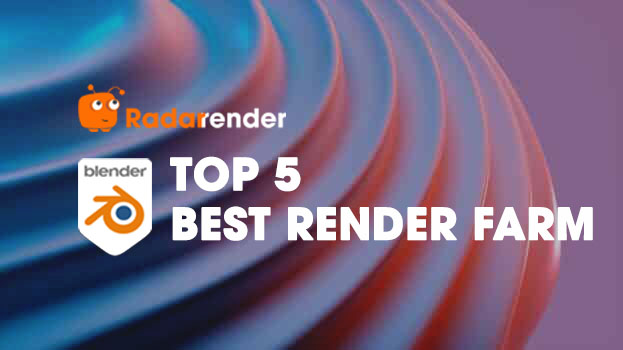 Do you know the best Blender r... 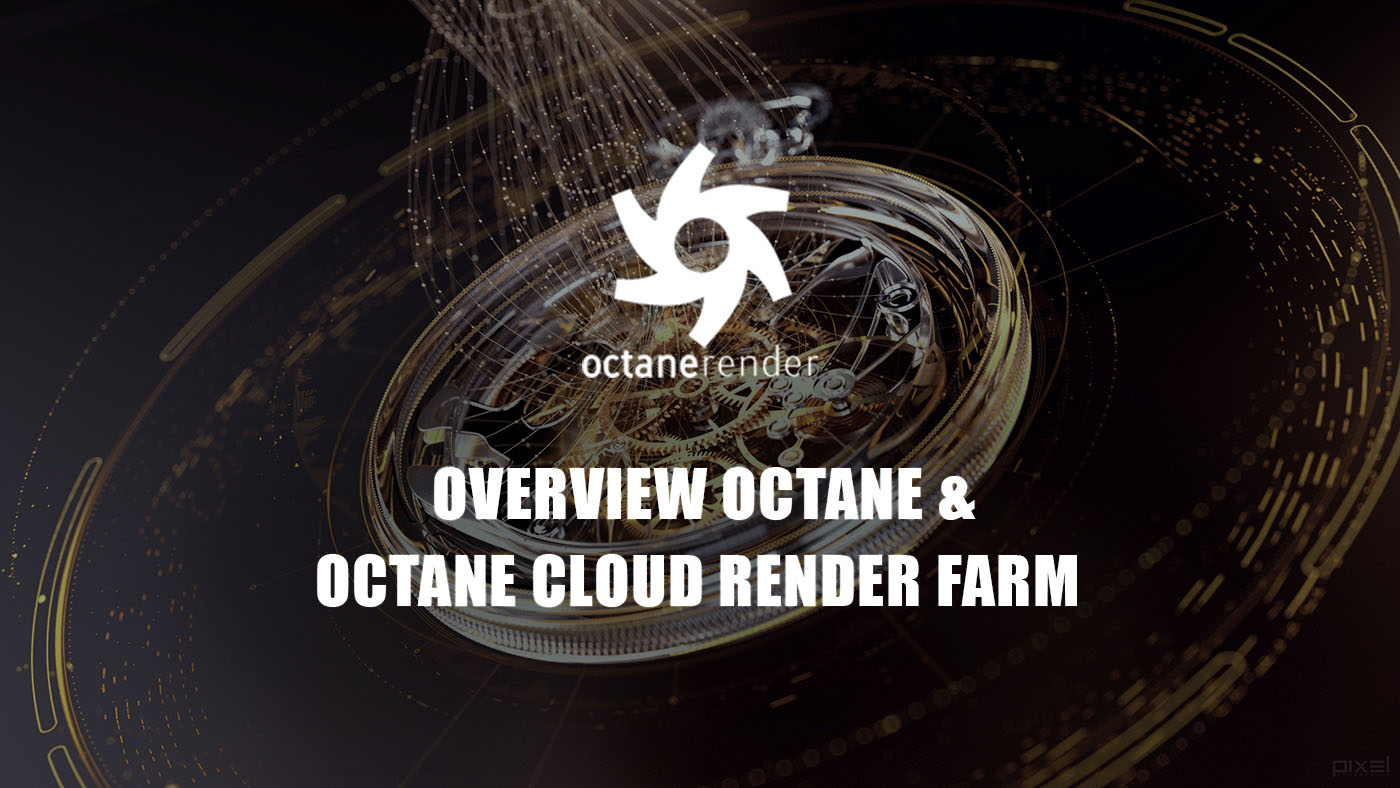